DON'T SCREAM! Songs to Keep You Up at Night! 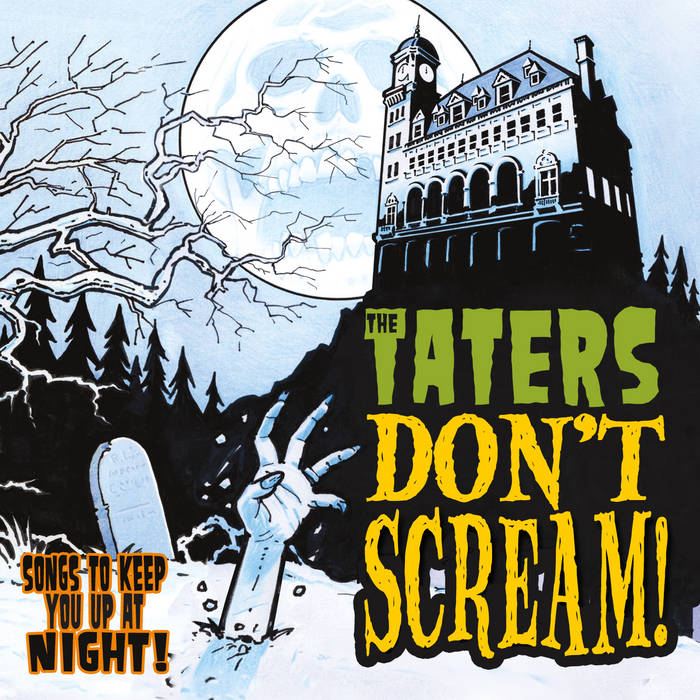 We love Halloween music, and most anything Halloweeny (weenie?) so we were very excited to get going on the DON'T SCREAM CD. It had to be done quickly - we had about a month to finish some new songs, do rehearsals, recording and mixing. It's going to come in just in time - hopefully about a week before Halloween if all goes well at the pressing end. This is the first project we've ever done in such a short space of time but Bill McElroy the pro's pro so he pulled it all together for us. Bill has worked with The Taters on every one of their 7 albums over the last few decades, as well as some special projects including the Cocoanut Jewelry jingles heard on TV and radio.

This is our first Halloween-themed album, is a very Richmond/Ashland-centric production. In addition to the three originals from Craig, there is a song from long-time songwriter friend Ira Marlowe, who was based in Richmond for years (the song on the CD "Do the Monster" was written while he was living here). The graphics were done by Phillip Payne of ProPayne Graphics, several of the guest musicians are (or were at one time) Richmond-based, and the CD is opened with a bit from Richmond legend The Bowman Body. It was recorded in Ashland at Slipped Disc Audio, and the CD release party will be at Ashland Coffee & Tea.

The title of the CD, "DON'T SCREAM!" is taken from an Andrew Gold song, "Don't Scream (It's Only Halloween)", another track on the CD.

The graphics were provided for us by Phillip Payne of ProPayne Graphics here in Richmond, who has done a lot of work with the recent Bowman Body productions.

The Hoary Horde of Horns

Thanks for the blood-curdling cover art by

Bandcamp Daily  your guide to the world of Bandcamp

Cannibal Corpse's George "Corpsegrinder" Fisher stops by for an interview